German Frugality, Cash Culture And Why It’s So Perplexing

On my most recent trip home to Australia, we stayed in a small beach village for five weeks. There was a café, a restaurant, and a general shop for such necessary summer holiday things as goggles, ice cream and take away coffee. For groceries and petrol and other such things, we’d drive a few suburbs over.

At the end of our rather long stay, something occurred to me: we hadn’t had to withdraw cash once. For absolutely everything we had bought, we had simply had to tap a card.

German Frugality, Cash Culture And How It Perplexes Expats

I can’t even buy bread from a bakery down the road – one of the biggest bakery chains in Northern Germany, mind you – without cash.

On a recent trip to Berlin, I had to ask three different restaurants in a row if they accepted card, before finding a fourth and almost hugging the waiter when he said yes. He could have sold me a bowl of sawdust, all I wanted to do was pay with card and not trudge another 1.6km to find a Geldautomat (ATM) from my bank (because that’s another thing Germans (and us honorary Germans) do: avoid other ATMs because they don’t want to pay the 4€ surcharge).

It is impossible to spend any time in Germany – including its capital city – without feeling like your wallet full of plastic is distinctly unwelcome. This is a country, after all, that insisted on the 500€ note when the Euro was introduced, and thinks nothing of people managing to hand over 83 cents in copper coins.

The German relationship with money is something most foreigners notice early on. German frugality, cash culture, distrust of credit cards, avoidance of debt, and the focus on saving their money rather than investing it are all huge cultural differences which expats from the English speaking world who move here have to grapple with.

Germans are cautious and frugal (see aforementioned point regarding the ATM trudge) and more pragmatic about how they spend.

Most younger people pay their bills through the direct debit system, the money going straight out of their account and into the other. The older generation, though, is still down at the Postbank paying bills over the counter with cash. 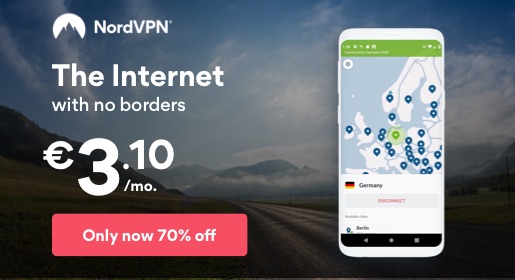 The way a group restaurant or café bill is handled also provides insight into German frugality and pragmatism in the way they part with their money.

The first question, upon letting the staff know you’d like to pay, will be ‘zusammen oder getrennt’ – together, or separately? If you choose the latter, the waiter will simply go around the table and, per person, tally up what they personally consumed and give them their own individual bill.

That person can then pay, with tip, and the waiter moves on. This is regardless of whether the bill comes to 400€ or 40€. That way, you avoid the various messy, awkward settlement possibilities, whereby one person puts it all on their card and accepts cash from everyone else, or someone ends up paying for someone else’s 15€ cocktail, or designated driver ends up paying for the table’s red wine consumption.

Recent figures from an investigation into Germans and investment conducted by the Deutsches Aktieninstitut, DAI, revealed Germans remain cautious with investing in shares to the point of shooting themselves in the foot. They would rather save with their local bank or credit union than risk investing in shares, even if low interest rates mean their savings are bringing them virtually zero, or even a slightly negative return, when factoring in inflation.

German frugality and cautiousness in the way they regard money and how they use it has a lot to do with their history. But it also shows us who the Germans are as people too.

Arguably we are all the product of our history, so the two are perhaps inextricably entwined. One formative event often brought up when discussing the German relationship with money, was the hyperinflation brought on, in part, by WW1 reparations. During this period of time, the German currency was in such terrific freefall that by 1924 one US dollar was worth 4,210,500,000,000 German marks.

The fallout of hyperinflation was immense with general consensus being it remains a cautionary tale directing Germany’s ongoing obsession with currency stability. However, saving was something Germans were doing with much success well before the 20th century and all of the tumult it brought with it.

Banks were already targeting schools and youths with savings account advertising even back in the 1800s, sowing the seeds that would flourish for centuries, through thick and thin. During WW1 Germans were encouraged to buy savings bonds (which they then lost during hyperinflation of the Weimar Republic) and upon Hitler coming to power in 1933, he also encouraged Germans to save as a ‘patriotic duty’. 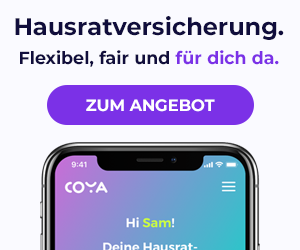 The post WW2 years were spent recovering as a divided country, the west with an entirely different financial mentality – and freedom – to the east.

This divide began the slow process of being bridged when the wall came down and just a decade later a brand new currency, the Euro, arrived. The 20th century was an extraordinarily turbulent one and German frugality had shown an unwavering commitment to saving for a rainy day; something which they had learnt was inevitable.

This culture of fiscal cautiousness, however, is also connected to the greater pragmatism and Logik that sits at the core of who Germans are.

Debt doesn’t make sense to frugal Germans, whereas living within your means does.

This way of thinking rules that cash payments mean it’s easier to track what you’re spending.

Although now, fintech has caught up even with this – many progressive, cutting-edge banks offer budgeting software within their apps and online banking.

There are many things about investing and risk that simply do not appeal to the fundamentals of Germanness.

They don’t shop online, for example, as much as other countries (billion dollar company Aldi does not offer online shopping) with bricks and mortar retail preferred by, one report suggests, 72% of those surveyed. One driving reason for this is, apparently, the ability to have the item immediately, as opposed to having to wait for it to arrive (there’s that irrefutable logic again, or is it impatience – two things Germans so very often are).

A curious oddity of online shopping in Germany is also the ability to pay by a direct debit-type of bank transfer known as Sofort Überweisung, as opposed to simply paying by debit or credit card. Again, the distrust and suspicion of anything which comes in the shape of a plastic card coming to the fore!

The future, however, may be calling.

Recently at the shops getting some groceries, an elderly man ahead of me pulled out his wallet and said to the cashier, ‘do you also do ‘tap and go’ here?’ The cashier looked slightly perplexed and shrugged. In front of my very eyes, the gentleman withdrew a shiny card, tapped it on the card reader and, when it beeped happily, grinned at the cashier and tucked his card back in.

Perhaps there is hope after all, but for us foreigners who live in Germany and are so used to more modern methods of making payment, I guess we shouldn’t all hold our collective breath quite just yet!