Kindergarten in Germany: The Lowdown On Preschool Childcare

One of the first words you will begin to hear, frequently, upon becoming a parent in Germany, is ‘Kita’. But how does it differ from Kindergarten in Germany? The pressure, particularly in a city, to find a Kita and have your child at least on the Warteliste (waiting list) when it feels you just walked out of the hospital clutching your newborn, can feel somewhat overwhelming. So, what exactly do the different terms mean? It can be confusing to the uninitiated, so let’s break it down. 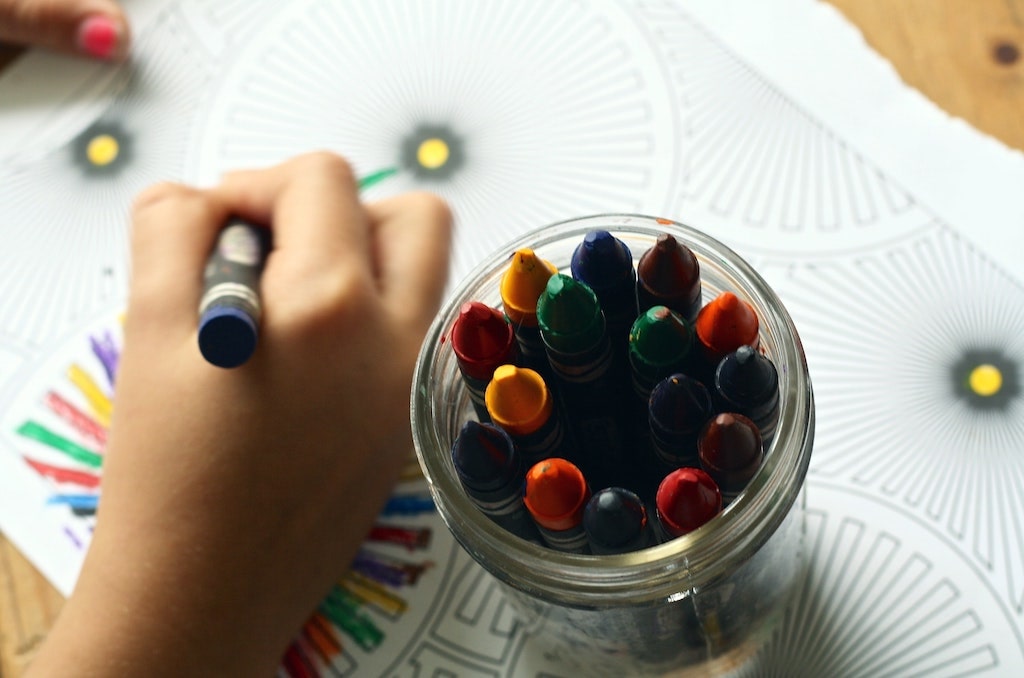 Kindergarten in Germany: Explaining the ABCs

Germany gave us the word ‘kindergarten’, which in many countries has been mistranslated to be understood as the first year of school. The actual German meaning of Kindergarten, however, is as an early-childhood education institution where children go from the ages of three to six. It is a place of play and socialisation which children attend regardless of whether they have two working parents or a stay-at-home-parent. Kindergarten is considered an integral part of German childhood and a formative part of early education. Most children attend a kindergarten from the age of three onwards.

Kindergarten in Germany can include a year of Vorschule (pre-school). Vorschule is usually child’s final year of Kindergarten and during it they either regularly visit a school, or indeed spend their days in a room at the local school, which allows them to adjust to the new environment, practice catching a bus, and work on skills required for their first official year of school. Most children start school in first class (Erste Klasse) between the ages of six and seven.

But what is this word, Kita?

Kita is an abbreviation of Kindertagesstätte which roughly translates to ‘day-care centre’ and is often used interchangeably with Kindergarten although is not technically the same thing.

A Kita houses both Kindergarten children (3-6) and Krippe children (1-3) offering the option of half and full-day care for all ages.

Krippe means ‘crib’ in English and the Krippe babies are separate to the Kindergarten kids, but in the same house.

Some Kitas, but not all, also offer pre- and after-school care for young school students, up until the ages of 11 or 12. This is called Schulhort.

So, when someone talks about Kita, they are thus referring to a childcare establishment that offers day-care to children from the ages of 1 to 6 (or up to 12, if it is a Kita with after-school care).

When someone talks about Kindergarten in Germany, they are usually referring to kids from the ages of 3 to 6.

Some cities, like Cologne, use ‘Kiga’ as an abbreviation for Kindergarten, ie: a place for only three to six-year-olds without Krippe and without Schulhort, and Kita to refer explicitly to places with Krippe, Kindergarten and Schulhort.

The precise definition of what a Kita is and how it functions varies from state to state. The number of children assigned to each staff member also differs region to region. It is imperative you speak at length with the Kita of your choice and, when researching, do so specific to the area in which you live.

Speaking of staff members, those with whom you will have the most to do with at the Kita – that is, the people responsible for your child – are called Erzieherin (female) and Erzieher (male) which means ‘educator’.

There might also be young people doing a Voluntary Social Year (Freiwilliges Soziales Jahr) in the kindergarten, or people doing their Praktikum (practical component of their studies).

Depending on where you live, there will be several types of Kita available to you. Some Kitas are privately owned and run, some are government-run, some are church-run, some are parent-run. Here are a few types you might come across:

As the name suggests, these kindergartens operate entirely outdoors, regardless of the weather. The concept of a forest kindergarten orgininated in Scandinavia and has been a part of the DNA of kindergarten in Germany since the early nineties, when a Waldkita in Flensburg, near the Danish border, was first officially recognised in 1993.

Bilingual Kitas are more common in bigger cities and generally attempt to have an Erzieher/in who is a native speaker of the Kita’s second language. Again, different Kitas will have different concepts and thus involve bilingualism in their day to day running in a different manner.

These are run by the parents of the children who attend. Conceptually, they are often like a regular Kita and employ professional staff, however the parents are in charge of how the kindergarten is run and which children they take on. Each Elterninitiative Kita would differ, however, and you would need to do your own research into how they work.

Different Kitas may have different philosophies which set them apart, for example some kindergartens believe in grouping according to age, while others have an open-plan concept and children of all ages mingle. Some Kitas follow a specific approach, like the Montessori concept or the Reggio Emilia philosophy. Some Kitas have a number of key issues they make their focus (Schwerpünkte) like, for example, music and language. All of this information will be made available to you as you do your research.

What Do the Kids Do All Day?

Despite Kindergarten being considered a formative part of early-childhood education, there is no formal education component in most places. In my own experience, and from talking to other parents, German kindergartens are heavily focused on the children learning through play.

The first year of school is where children are formally taught to read and write and the years in Kindergarten are reserved for play and self-led exploration. Children do craft projects, story-time, range around the various rooms and play structures, tend to gardens, go on local trips, and play outside.

Many kindergartens host seasonal festivals and regular parent evenings, and parents can meet with the educators to discuss their child’s development (Entwicklungsgespräch). 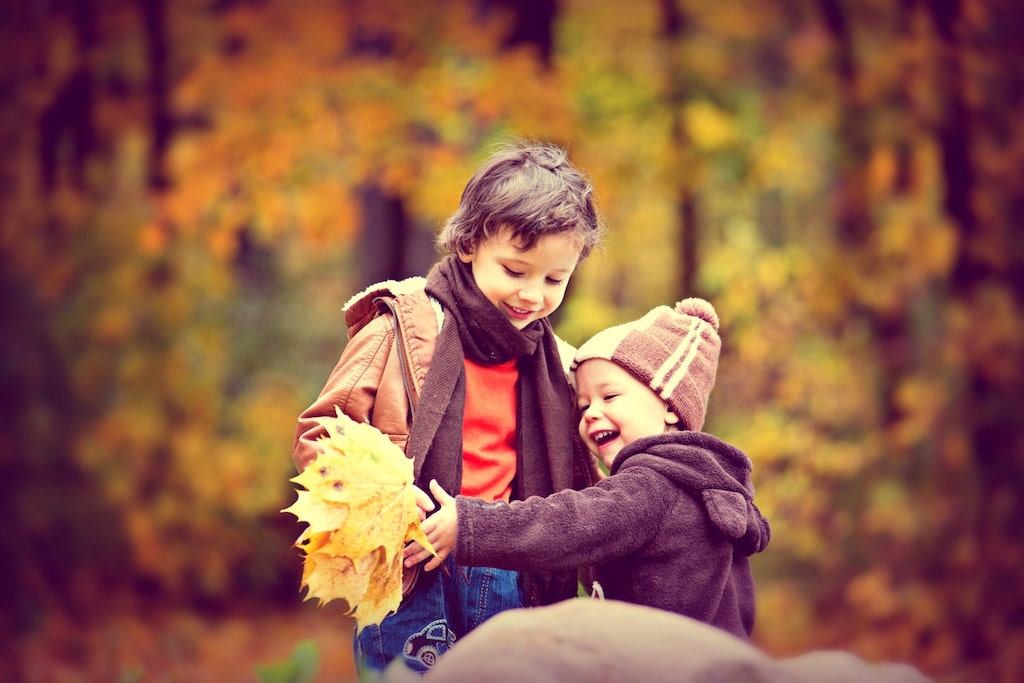 How Much Does it Cost?

Ah, the ongoing, country-wide debate. How much Kita will cost very much depends, more than anything, on where you live.

Schleswig-Holstein, for example, is the most expensive state in the country – however for those coming from the USA, UK or Australia, the monthly fee will seem small. Berlin recently announced kindergarten will now be free for all, in a move that has drawn criticism from some corners due to concern for lack of spots and lack of funding. Some states, like the city-state of Hamburg offer a Kita Gutschein which is dependent on income and is used to subsidise the cost.

Krippe is generally more expensive than Kindergarten, and how much you pay will also depend on how long your child stays daily, and whether or not they eat lunch there.

It is also worth noting at this point, the tendency to send children to kindergarten for the whole five days a week.

In other countries, like the UK, USA and Australia, if there is a stay-at-home-parent or another caretaker option, it is common to send children to a form of pre-school a few mornings a week.

Many Kitas will accept children attending on a part-time basis but expect parents to pay full-time fees.

How Do I Enrol My Child in Kita?

Again, this depends on where you live. In some places, it is a matter of walking around your neighbourhood, making a list of Kitas in the area and then enquiring within. In some cities, you need to go through the Jugendamt (Social Services).

You should be able to find basic information as to what Kitas are in your area and how to contact them, directly on the homepage of the city or village you live in. That should be your first port of call. Many Kitas take children year-round, depending on their numbers, and most have a waiting list. It pays to investigate several Kitas in your area, not only to find the right fit, but also to broaden your chances.

If you are on a waiting list and require childcare immediately, you can look into the option of a Tagesmutter (a ‘day mother’) who is a trained child carer looking after a small number of children in her home.

Disclaimer: it is very important to note that rules and regulations regarding childcare and kindergarten in Germany differ greatly from state to state. Education policy in Germany is at state rather than federal level. More often than not, what is true of one state won’t be of another. Keep your own research as specific to your region as possible.