Work Culture in Germany: How I Struggled, Coped and Flourished

Doing business in Germany, as well as getting to grips with the working culture, can be a challenge for newcomers. This is especially true if your place of work isn’t an international company or a tech start-up.

Whilst the English-speaking world shares many social and cultural similarities with Germany, one area where we definitely differ is work culture.

This is a part narrative, part how-to guide of how I personally got to grips with the alien working culture and office environment of Germany.

Funnily enough, my natural home in terms of business culture would probably have been somewhere more Latin rather than Germanic, which perhaps explains some of the difficulties I had adjusting at the start! 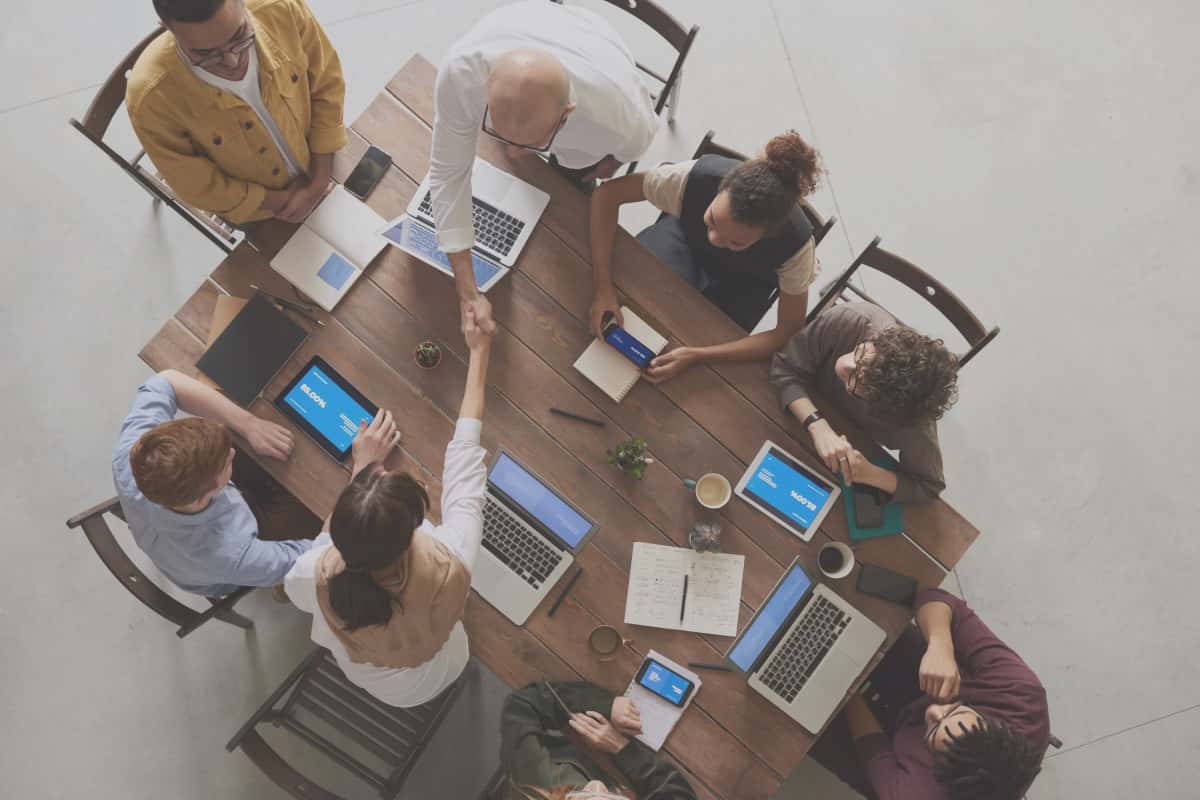 Work Culture in Germany: How I struggled at first

Even though I had lived in Germany for a year during my studies a few years prior, making the move to work as a manager in a German office of an international company was very different. I didn’t have anyone to fall back on. I was the first hire in what was effectively a new strategic sourcing department being set up in Germany, so there was no precedent to follow.

Looking back, I hadn’t really prepared adequately. I had researched and planned my relocation and found somewhere permanent to live before making the move. Despite having pretty much no support from my new employer’s HR department, other than the financial assistance of a relocation payment.

The actual move itself went very well and I settled in very quickly, all things considered. I spoke the language from my time in Germany as a student, which certainly helped immensely. Perhaps because of this I didn’t realise that some of the more subtle differences would be so important.

My boss, although friendly and supportive during my first months, was a very Germanic early bird. He could not comprehend why I got into the office at exactly 9:00 every morning, instead of arriving at 7:30 like he did.

He was an early riser and I, well, wasn’t.

This is a common trait among Germans, especially those who have families. Starting early so they can finish earlier in the afternoon is popular, especially in the summer months. My theory is that this stems from the fact that Germans start school at 7:30, and so from an early point in their lives, have got used to early mornings being part of their routine. Granted, not all Germans are morning people, obviously. However, they tend to start their working day earlier than the British do.

German, like almost all other European languages, has two forms of addressing someone: the familiar and formal.

Understanding who to use the informal “Du” form with, rather than the formal “Sie” can feel more complicated in practice than it does in theory. It’s a whole cultural minefield in itself, insofar as there are no absolute hard and fast rules (except as a kid, when you address more or less all adults except your parents formally).

The easiest way I found to adopt to this was to swim with the current and let the Germans lead on this. If they addressed me as Du, I would follow. If in doubt, or if I was making the first contact in the conversation, I would err on the side of caution and use the formal Sie form. Worst case, you come across as formal or stuffy but at least you’re not making a cultural faux-pas by addressing someone informally who wants to be addressed as Herr or Frau.

Some other random aspects of working in a German office which I found to be a bit weird at first:

Other than these oddities, here are what I see as the most significant differences I have found in German business culture when compared with an international company, or especially a British working environment.

The work culture in Germany notoriously formal. There is a distinct separation Germans like to make between private and professional life.

Don’t expect your German colleagues to take you for a beer when you’re the new guy.

Germans actually have a word, “Feierabend”, to describe the time when a worker finishes for the evening. I find this perfectly encapsulates the concept of work and private life not being blurred. Feierabend is for leisure activities or family time.

If you’re working in the tech industry or for a start-up, it definitely feels different. Indeed, as older members of the workforce retire, this will slowly die out. Younger Germans, many of whom are well travelled have worked abroad, tend to shun this rather rigid compartmentalisation.

Banter is an integral part of most British workplaces. It’s the jokes, sense of humour and jovial approach to work which gets most Brits through the tough working day with a smile on their face.

Just to be clear: There is a big difference between friendly banter and unwanted harassment or bullying. I obviously refer to the former here.

In Germany though, banter just isn’t really a thing. Work is work and your colleagues usually aren’t your mates. The exception tends to be if you’re working in an office with a lot of expats. With everyone being in a similar situation, it tends to lend itself to colleagues readily striking up friendships.

Germans meticulously plan for every eventuality.

They see southern Europeans in a more negative light as being chaotic, rather than the more positive traits of being creative and passionate.

They see the British and Americans as being risky and short-termist, rather than edgy and entrepreneurial.

I read a very interesting article recently in Global Handelsblatt where it compared the German and American methods of decision-making. It’s absolutely spot on. Work culture in Germany does tend to deliberate and consider every conceivable risk or consequence of a decision, and typically involve more stakeholders into the process.

Implementation, on the other hand, often runs smoothly with fewer operational issues further down the line because everything has been thought through in advance.

While I understand and see the merits of both approaches, my first experience of the meticulous planning and (perceived) lack of any action to implement drove me crazy.

American management style, on the other hand, is much more top-down: The “just do it” and execute fast mentality. Implementing a corporate policy or vision is not an opt-in activity. Saying no is not an option. Making a start and taking action tends to trump executing perfectly first time.

Germans are sticklers for punctuality. Work culture in Germany considers lateness as rude and inconsiderate, and gives an impression of being disorganised or sloppy.

This was probably the toughest of all for me. I’m a “get to the airport 45 minutes before my flight departs” kind of person. My attitude to meetings was very British. Being on time is a nice-to-have rather than a non-negotiable.

Meetings in Germany start when the calendar states they’re due to start. It’s normal for German colleagues to arrive 5-10 minutes early, stand awkwardly by the coffee machine or shuffle papers, check their phones and such whilst impatiently waiting for other attendees to arrive, and then meetings typically start promptly on the hour.

There’s usually very little small talk either. It tends to be straight into item 1 on the agenda. And yes, there will almost always be a detailed agenda, sent in advance.

In the German psyche, small talk and chit-chat are seen as being superficial and a waste of time. What’s the point in talking about the weather or football or what your kids did at the weekend to somebody who really doesn’t care and is here to talk business with you? That’s just the way Germans tick.

This is one I coped with pretty easily. While I always try to be friendly and courteous to strangers, I don’t really have to know every last detail of colleagues’ personal lives. On the other hand, if you know hardly anything about them, it’s difficult to know when to offer support if they’re having a hard time with something.

Distinguishing between when a German is being rude, versus just being culturally German (i.e. very direct and forthright) is something that native English speaking expats tend to struggle with.

Saying what you think in Germany is considered normal. They will not sugar coat their comments and feedback. If you’re easily offended, you’ll need to develop a thick skin.

As long as it’s not personally insulting, they’re not being rude. It’s just their character and they certainly don’t set out to offend you. It’s also refreshing to deal with colleagues who are brutally honest: you know exactly where you stand with them.

Working with Germans can definitely also sometimes lead to the “we know best” and “our processes are better than anybody else’s” experience. The Germans actually have a word for this – Besserwisser – which I love!

For anyone who has worked with Bavarians or Swabians especially, you’ll probably relate to this sooner or later!

In my own personal experience of the German workplace, Germans are generally very courteous and polite, but certainly not afraid to speak up and say what they think and express their opinion, even if that view may upset someone.

Germans are not early adopters, I think it’s fair to say.

Change and process improvements are viewed very suspiciously in the German workplace. A classic case in point here is how slowly digital processes are being implemented (or not) in all aspects of civic bureaucracy. Or how in many German cities it’s still not possible to swipe your contactless card or pay for your tram tickets through an App.

The same can be said in German business culture. My own personal experience, for example, has been that introducing new suppliers who are faster, cheaper, better is only possible when it has been proven in another (non-German) manufacturing location.

Add to this the considerable power that the works’ council (Betriebsrat) has in larger German companies. Consultations with the works’ council are mandatory for any aspect of the working environment where change could impact employee well-being.

A classic case I personally experienced was when I wanted to reduce the number of vending machines on site from 4 to 2, to save on operating costs and repairs. The works’ council had to agree before we could go ahead. Crazy but true.

Part of this may be apportionable to the German trait of looking at a proposal and seeking out potential risks or problems with it: What could potentially go wrong? Whereas the British or Americans would tend to approach it with a more positive, forward-looking mindset of what must be accomplished or put in place in order to make this inevitable change a success.